All the praises be to Allah, the Sovereign and peace and blessings be upon the leader of all the messengers, Prophet Muhammad, and upon his beloved family and noble companions.
Islam's base consists in the testimony that: there is no other god except Allah and Muhammad is His Messenger. This testimony must be made it by heart, tongue and facts. These represent the belief in the 6 Pillars of iman (faith) and in accomplishment of the 5 Pillars of Islam.
Indeed Islam is the seal of all the divine messages previously sent it by Allah, through the Last of the prophets and messengers, Muhammad, son of Abdullah (pbuh) and it is the true religion. No other religion Allah will ever accept. Islam religion has at base the monotheism. Its slogan is the truth, spinning around the justice, its support being the just and the essence the piety.
Islam is the great religion which guide the believers to the usefull things in their life and religion; which protects the believers from the useless in their life and religion; is the religion with wich Allah corrected the believes and nature and within the afterlife; reunites the separated hearts purifying them in the darkness of fals and guide them to the truth and the right way.
Is the strong and exact religion; is the height accuracy of all what brings to the attention and all of its rules. Islam informs only with what is true and correct; comes to judge with goodness and kindness through its perfect system of faith, worship acts and high moral standards and manners.
Translated by Rahmah
Source: Conveing Islamic Message Society 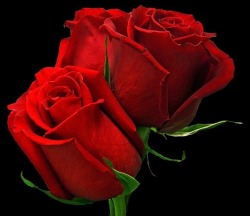 Woman and Man - both Allah's creations

What Allah creates will die only by His Will and Power.
,,Woman was made from the rib of the man. She was not created from his head to top him, nor from his feet to be stepped on. She was made from his side to be close to him; from beneath his arm to be protected by him and near his heart to be loved by him."
drafting by Rahmah
Islam is what mankind needs!