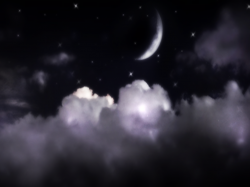 4 March 1977. I was just seven and half years old, a little girl who use to look around her and collect smiles from everyone; feeling most of the time like a porcellan doll that all people love and try to protect her to not be broken; living in a perfect world with the perfect family and with the perfect life; with the feeling in her heart that nothing can go wrong and that the pain cannot touch her.

In that evening of cold March I slept around 8 happy because my grandmother just made it for me a beautiful nightdress. I slept with the sweet thought in my mind that only beautiful things can happen to me.

9:16. Screams and a horrible sound woke me up and the image of the furniture dancing and the whole building shaking paralyzed me. I saw my mother coming fast and folding me in a winter coat and grabbing me she told me with gentle and trembling voice that we must go down. Before realize what's happening I was downstairs at the first floor of the building. All neighbors where out from their apartments. Looking to their faces was enough to know that nothing is ok anymore and that something bad just happen and might happen again.

I’ve closed my eyes in a desparated hope that all will just disappear and I will wake up realizing that was just a bad dream. When I open it my mom was looking at me. I saw fear on her face for first time in my life. No doubt and no hope, everything was real.

- Just an earthquake sweetheart, but is gone!

In that night I’ve stood with all kids from my building till late, on the first floor. All were smilling thinking that nothing bad happen and was just a scare. I went out for a while to look on street and I saw the red sky, far on Steel Combinat and I heard adults talking about many dead people in Bucharest. My dady was worried because part of our family was living in Bucharest. I couldn’t smile like the other kids. I tried but seemed that I was the only child who really saw the worries on the other's faces. When finally went upstairs and everyone fall to sleep, I got up from bed and went to the window.

The sky was clear and full of stars. I looked at that blue dark velvet full of little lights and I wanted to touch it or to fly up, there. I start to count them. In my mind were so many questions. Who made the earth? Who made the stars? And why that One did all these? I’ve counted till I realized that I can't count them all from my window because I cannot see the whole sky. And what's behind the sky I can see? And after that what else more? If the earth is round like a sphere as people say, then the sky is around the earth and what's after this sky same and where this stops? It really stops somewhere? Who did all these and why? I wanted to know this because after that night I never felt safe anymore and somehow my childish mind was looking safety somewhere else place, in the space, thinking that in there must be the One who made everything and that One whoever might be will protect me because I was a good child and the first in my class on studies.

Later, after 31 years I found out the answer and so many other answers to heandread of questions that I had in my mind through the years. All the answers to my questions are inside of the Noble Quran. One particularly verse from the Holy Quran drove me back to that cold night when a lots of people died under the crushed buildings:

,, They made not a just estimate of Allâh such as is due to Him. And on the Day of Resurrection the whole of the earth will be grasped by His Hand and the heavens will be rolled up in His Right Hand.Glorified be He, and High be He above all that they associate as partners with Him!” Quran 39:67

God's greatness is represented by the fact that He holds the seven universes in His hand, and He fully controls every subatomic component, everywhere in the universe. God say in the Noble Quran about these:

,, And with Him are the keys of the Ghaib (all that is hidden), none knows them but He. And He knows whatever there is in the land and in the sea; not a leaf falls, but he knows it. There is not a grain in the darkness of neither the earth nor anything fresh or dry, but is written in a Clear Record.” Quran 6:59

,, Neither you (O Muhammad صلى الله عليه وسلم) do any deed nor recite any portion of the Qur’ân, - nor you (mankind) do any deed (good or evil) but We are Witness thereof, when you are doing it. And nothing is hidden from your Lord (so much as) the weight of an atom (or small ant) on the earth or in the heaven. Not what is less than that or what is greater than that but is (written) in a Clear Record. (Tafsir At-Tabarî).” Quran 10:61

,, Those who disbelieve say: "The Hour will not come to us." Say: "Yes, by my Lord, the All-Knower of the Unseen, it will come to you; not even the weight of an atom (or a small ant) or less than that or greater escapes His Knowledge in the heavens or in the earth but it is in a Clear Book (Al-Lauh Al-Mahfûz).” Quran 34:3

Today I do know that only One did all that exist and that’s the Greatest, The Merciful, The Sustainer, The All-Knower, The Creator- Allah Almighty.

written by Rahmah
drafting by Rahmah 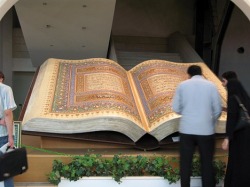 My life was always a chain of dramas, if I want to express myself in a belletristic style, and a life full of hardships if I wanna remain on the route, but I always knew that there must be something good for me at the end of the road and that all I have to do is just to believe in God and keep going on.
Learning to be a righteous Muslim I found out from the begin of my journey that my style to ,,keep going on" it's actually a concept in Islam religion. Allah loves us all and obviously Allah wants only what's good for us and nothing bad, so whatever bad or evil reach us is only from ourselves. We have to accept our fate as it is written, but same time to be responsable for all the decisions we take in this life.
In Islam when good reach us we say Alhamdulillah, which means ,,all the praises be to Allah"; and when bad touch us we must say astaghfirullah, which means ,,Allah forgive me". Having the heart full of submission towards whatever Allah wrote for us in this life and a full heart of repentance when we wrong ourselves, is the best way to keep going on.
Allah wa ta'ala say in the Holy Quran:
,, 79. Whatever of good reaches you, is from Allah, but whatever of evil befalls you, is from yourself. And We have sent you (O Muhammad ) as a Messenger to mankind, and Allah is Sufficient as a Witness." Quran 4:79
,, 30. And whatever of misfortune befalls you, it is because of what your hands have earned. And He pardons much. (See the Qur'an Verse 35:45).
31. And you cannot escape from Allah (i.e. His Punishment) in the earth, and besides Allah you have neither any Wali (guardian or a protector) nor any helper." Quran 42:30,31

written by Rahmah
drafting by Rahmah 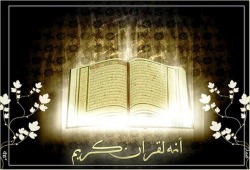 I did not come in this world or I will leave it without Allah's power and will. I live and breathe through the raindrops – the seconds of my lifetime on this world written by Him. I survive to the anger of time, which passes without buthering to stop, not even for a second. I fight against my memory when its stubborns to steal from me the happy ones for leaving me the sad ones. I love myself when someone is happy thanks to my deeds and I hate myself when I forget to thank to the Only One by whose mercy I do exist so I can do all these.
In the middle of all and everything I wasn't brought to life to find out that there is a weakness in my faith, so, I do seek rest for my heart and refuge from all might harms me. There is only one special way to do this and to be successful 100% and that's Allah's remembrance.
Is it me who invented this? Out of the question. It's Him, Allah who decreeded this in the Holy Quran.
I exist by the power of Allah's love and that's love by grace.
,, Those who believe (in the Oneness of Allah - Islamic Monotheism), and whose hearts find rest in the remembrance of Allah, Verily, in the remembrance of Allah do hearts find rest. Quran: 13:28"


Written by Rahmah.
Drafting by Rahmah

Hell is for all humans 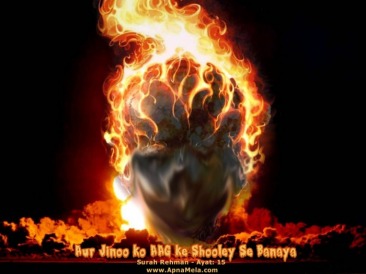 ,,There is not one of you but will pass over it (Hell); this is with your Lord; a Decree which must be accomplished.
Then We shall save those who use to fear Allāh and were dutiful to Him. And We shall leave the Zālimûn (polytheists and wrongdoers, etc.) therein (humbled) to their knees (in Hell).” (Quran , Maryam 19:71-72)
No matter how scarring it looks like at the first sight with these verses Allah, Subhana wa ta’ala, makes a clear statement and that’s the reality that none of us is above sin in this life and this comes clearly from the Decree that none of us will be exempted from tasting the fire of Hell on the Day of Ressurrection. The human it is not perfect and Allah, the Creator knows it. Who dare to say that he is out of sins even he is arrogant even he is ignorant.
But in the next verse, The Merciful makes another statement that He will save those who were believers. Forgiveness is the key. Allah will have mercy on those who have mercy. Allah loves the one who love and will forgive the one who forgives.
Mean while Hell is for all humans maybe we should sit down and think about something. We all have the right to make mistakes; it was clearly established before our creation, by the One who knows everything. So, why is so hard to forgive and forget? Obviously we will get what we give. That’s the rule and the Ruler is Allah. None of us can dispute it.
written by Rahmah
drafting by Rahmah

Someone's watching over me! 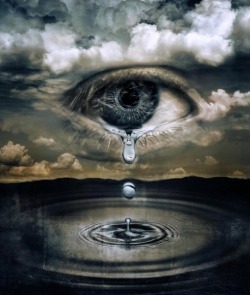 ,, And indeed We have created man, and We know what his ownself whispers to him. And We are nearer to him than his jugular vein (by Our Knowledge).” Quran, 50:16
Through this ayat, Allah, SubhanAllah wa ta’ala makes a statement and underline same time the fact that He is our Creator and He knows us more than we will ever come to know. Allah knows before us what our minds utter, by His Knowledge.
,,Allah knows everything” is the message of this wonderful verse. Still, leaving a side the warning from Allah’s words, beyond the apparences, the real believer with a pure heart, love and trust in Allah, can feel the unmeasurable love of Allah for the creation of man, because this is what i understand my dear reader:
,,I know you! I hear you! I’M watching over you!
Trust me and nothing bad will come to you!”
Who can and who will ever love you, more than Allah? Can you tell me my dear reader?
written by Rahmah
Powered by